My original reaction to the Sports Illustrated Sports Person of the Year cover was annoyance. I have seen the previous covers with males on them and they look quite different from this year’s edition.

Here we are again, a woman being touted for athletic ability but being portrayed photographically as if we were touting her looks?

Of course Serena looked amazing and dominant but I was fearful we were trying to sell a woman’s athletic ability by her appearance and not her skill. Then I read that Serena herself had requested the picture and my annoyance dissipated. I still wondered did she feel she needed to appear both strong and feminine in rebuttal to the ridiculous over analyzing of her body this summer?

There is still a difficulty that faces female athletes versus their male counterparts when it comes to earning respect for their athletic abilities. Why should Serena ever have to prove through a photograph that she is both strong and feminine? I have never read of a male athlete posing a particular way for a photo to prove he is both caring and masculine. As a male if you are Sportsperson of the Year they slap a picture of you in your uniform on the front page, as a female you have to make a statement.

To a point I get it, people are still coming around to the idea that women can be amazing athletes, like their male counterparts, so yes they are in a state of proving themselves. Why they still have to prove themselves I don’t know, but I am not foolish enough to think we aren’t still dealing with it.

The problem in worrying that Serena was trying to refute people’s opinions of her and her body was that I forgot all the reasons I admire her.

She does not allow others to dictate how she does things, so if she wanted to pose that way then she should, and no one has a right to take issue with it. For someone like Serena the pressure to perform is massive, and she takes it unbelievably well. She responds to foolish comments like an absolute pro and has no issue taking someone to task if they ask an asinine question. Maybe this cover was her big ‘screw you’ to the body shamers.

No one would blame her for that and it is something she more than accomplished if that was the goal. Perhaps she wanted to get us all talking and she did. I have had the best conversations with women whom I respect, some who love the cover and others that don’t love the cover as much. The interesting thing is regardless of our feelings for the cover, we all still feel the same about Serena, she is a boss, and someone who does what she wants.

Serena remains someone to admire and is a role model for all women. She is the first woman to appear solo on the cover since 1983, which is not only a major accomplishment but also well-deserved and long overdue.

So maybe she wasn’t trying to prove anything, maybe she was just being herself, and that is truly what got us all talking about her. In the end all this does is further prove she knows exactly what she is doing both on and off the tennis court and that is what truly makes her Sportsperson of the Year. 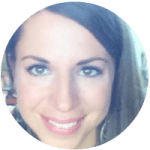 Rebekah Hibbert is a Certified Athletic Trainer who works on getting athletes ready for their sport and taking care of them after they are hurt.  She is passionate about women’s issues and sharing that passion through various social media outlets and is a part-time blogger trying to share my knowledge and experiences while connecting with others.

« Femspiration: A Moment of Peace

« Femspiration: A Moment of Peace